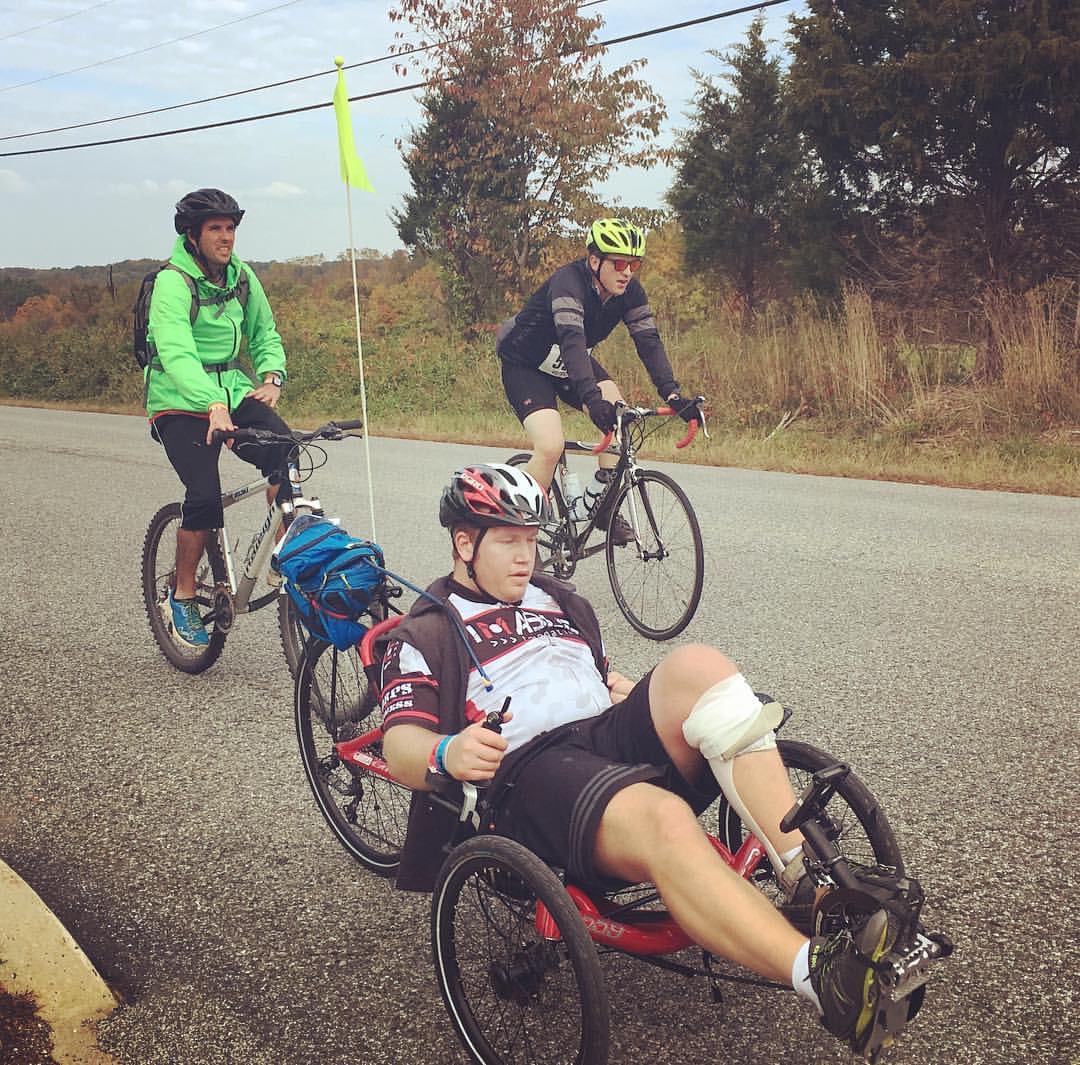 “In high school, I played soccer and competed briefly as an amateur player, but it hasn’t always been that way,” explained Patrick. “I started having seizures around four or five.  This made my childhood difficult.”

“He was very active in many sports,” Patrick’s dad, Jim, recalled, “soccer, little league baseball, track, wrestling and swimming. His positive self-esteem came from participating in these sports.”

Patrick lived with left sided intractable seizures which means that they were pharmaco-resistant. Medicines had little to no ability to stop them. “I was in and out of the hospital quite frequently. Luckily, I had a great group of people supporting me. I had nurses stopping by my house. My dad is my biggest supporter; he helps to organize everything, even now.  I cannot really say that I was bullied as a child, but I was teased and made fun of a lot. However, it is partly what made me who I am today. It gave me a sense of perseverance and determination.”

“In high school when I was playing soccer, I would have a seizure and they would wait ‘till it was over and just send me back into the game. My seizures would get so bad that I was seizing anywhere from six to eight hours. They treated me as if I had epilepsy. It wasn’t until I was 18 that I was diagnosed with Rasmussen Syndrome. And for those that do not know what that is, it is a rare inflammatory neurological disease [only 1 in 3 million are diagnosed with it]. It is characterized by frequent and severe seizures, loss of motor skills and speech, which usually leaves the body functioning with only one side of the body. At 27, they performed brain surgery and now I am only functioning on one hemisphere of my brain, and was told that I would never walk again. I refused to give up though! I tried coaching soccer for 8 years, but I was unable to show the kids what to anymore because I only have the use of one side of my body.”

“Coaching gave Patrick the opportunity to counsel other adaptive athletes which was great for him,” said Jim. “He had a big setback when his illness became so invasive, he had no choice but to stop playing sports entirely. The seizures got to a point where Patrick needed a very serious brain operation. We knew this would cause a permanent physical disability and were not sure what this meant for Patrick to be able to participate in sports.”

“We were lucky and found the IM ABLE Foundation,” said Jim.

“Biking is my life now,” said Patrick. “It is what I can do well. It is what I love. It’s my greatest passion. It gives me the drive to keep moving.”

“I met Chris seven years ago,” continued Patrick, “and I’m like, ‘holy ***t, this guy is a beast!’ I went to the gym and told him my story and I was totally hooked at that point. I have that same mentality that Chris has: I don’t let anything stop me. Some people with disabilities don’t always have that. IM ABLE changed my life! I wouldn’t be doing triathlons if it wasn’t for IM ABLE. The Foundation all about encouraging people with disabilities. They empower you to pursue your dreams, despite your disability. They teach you that you can Improvise, Adapt, and Overcome! They help you to develop a sense like, ‘you can’t stop me!’ They show you that there’s a whole world out there about adaptive sports. I learned how to swim, so I could compete in triathlons.”

“His courage and desire to continue in sports makes me a very proud father,” said Jim. “Watching the crowds cheering him on and giving him shout outs of encouragement is such a good feeling for me that my son is still able to continue as a good athlete and perform well. I can see the positive self-esteem continuing to grow in him.”

“I just began training for the Paralympics,” said Patrick. “I competed in IM ABLE’s Got the Nerve Triathlon for the first time in 2015. Now, I am doing 12 triathlons per year! IM ABLE showed me that there is life out there after my diagnosis and that helped me change my perspective in life. Now there’s no stopping me.”